In the Mara, you’re not alone. Obviously you may be travelling with your partner, family, etc. but (hopefully) also with an experienced driver who will safely guide you to those hard to find places where you’ll have the opportunity to get that once-in-a-lifetime shot. Next to that, expect several hundreds, or rather thousands of other people with varying degrees in photography enthusiasm – and related equipment.

Not all, but most people do prefer to ‘avoid the crowds’ so when you decide to embark on one of these life-changing safari journeys, make sure you work with the right travel agent who can advise you on the best times for your journey. I know I did, and I was very happy with the outcome (which is one of the reasons I’ve decided to travel again later this year and plan for a small group of photography enthousiasts to join).

In terms of the folks we’ve seen this time, this was somewhat of an eye-opener for me. My first safari trip was over 20 years ago. The ‘typical tourists’ in those days usually came from Western Europe or North America. Fast forward to the new millennium and century, and even in the Mara you can see how the world has changed in terms of globalization: of all the tourists I saw in the Mara my guess is that (at least) 80% were from India. Another 10% or so seemed from Asian descent; e.g. Chinese, Korean, Japanese, and the remaining 10% was probably split between (North & South) American and (West and East) European. 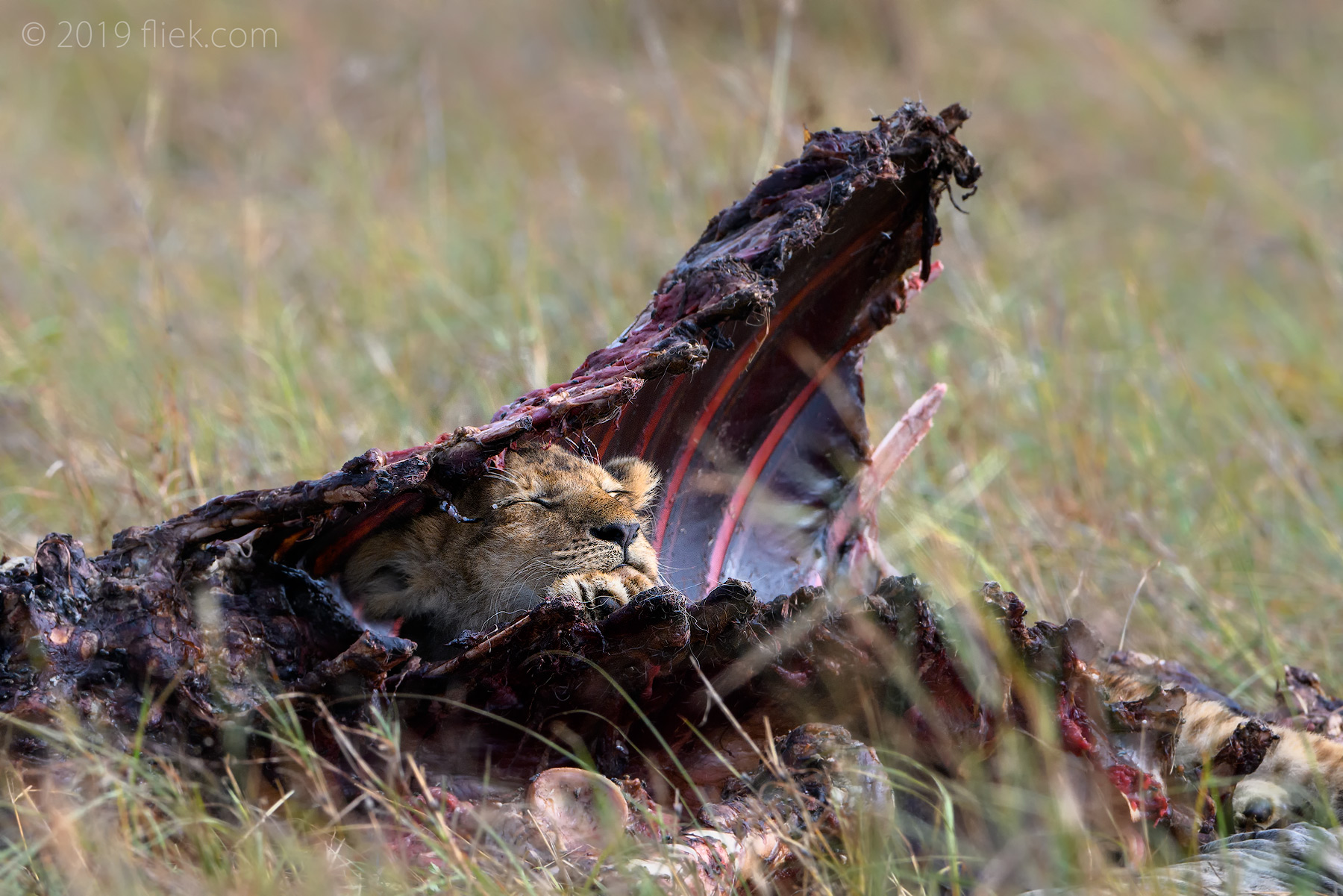 And in case you wonder why not 80% of the tourists were from China instead of India: well for one reason or another China has focused on infrastructure rather than safaris! When you drive around in Kenia you will find Chinese railways, Chinese roads, Chinese vehicles, Chinese buildings and many, many Chinese to help build all this infrastructure in Kenia. It’s one thing to read about it or see it on TV, but to experience it in real life is something different. The world is changing! 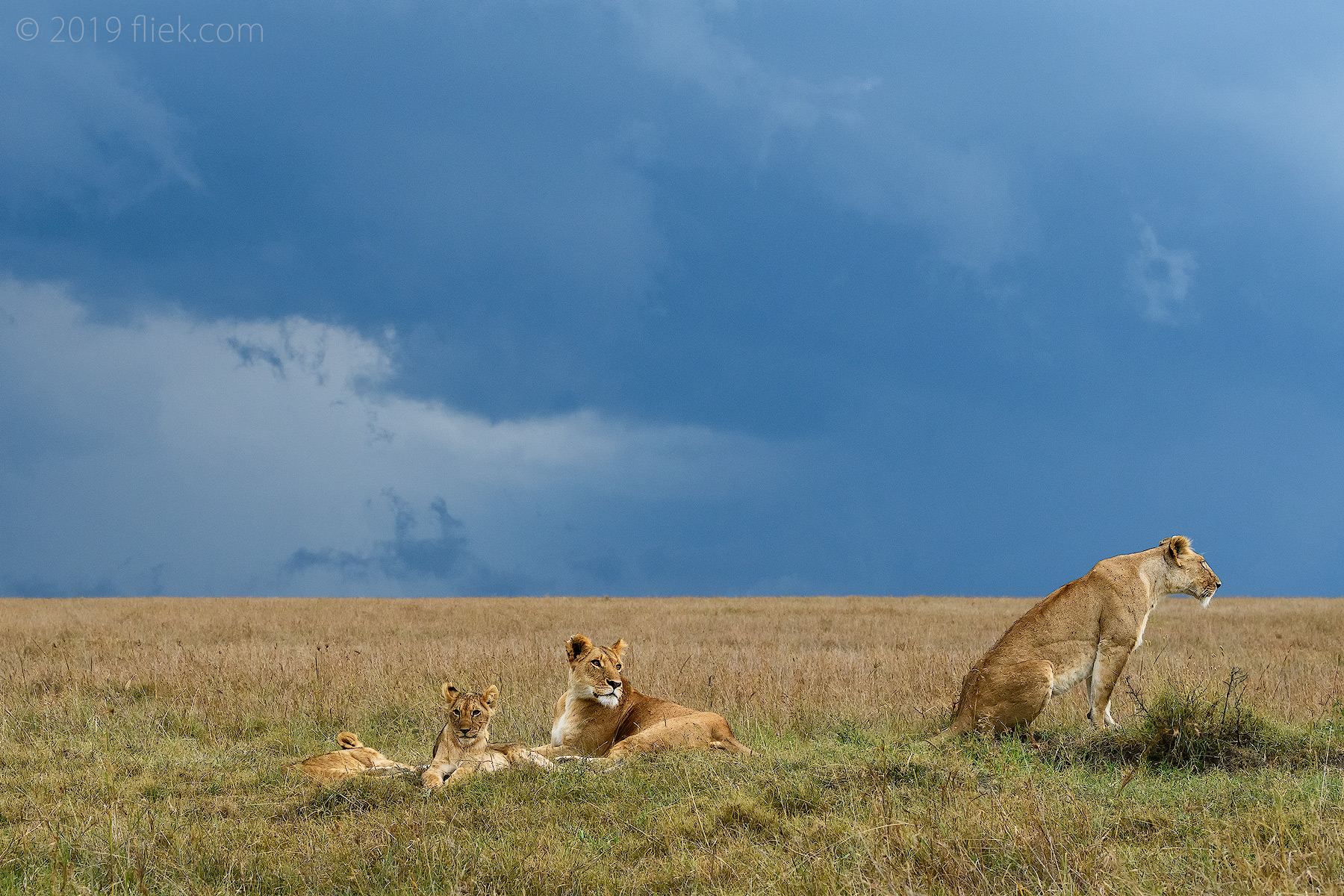 What is also changing, is technology. I’ve been a Nikon user ever since I (re)started my photography around 10 years ago. Even then, I noticed that more people were using Canon, and only very few any of the other brands (Olympus, Panasonic, Pentax, Fuji etc.) At that time, Nikon had their full frame D3(S) and D300(S) combo, and it was doing very well in the market. Fast forward 10 years, and despite several technological innovations (latest: mirrorless) I see less and less Nikon. Whatever Nikon did over the past years, if gaining market share was their strategic goal, it didn’t work out too well.

Of all the (pro/prosumer) gear I saw in the Mara, I’d guess that (at least) 70-80% was Canon. Those big and/or smaller white lenses were everywhere. Perhaps 5-10% or so was Nikon, another 5-10% Sony, and the rest was again taken up by the Pentax and Fujis of this world. Ratio pro/prosumer vs. point-and-shoot (pure tourism) was probably 50/50; many people choose a safari in the Mara just for entertainment and safari vacation, rather than a unique photographic opportunity (which I completely respect).

Actually, I noticed the same ‘brand ratio’ during my recent visit to the ‘Frisian Flag‘ where the majority of the aviation ‘spotters’ were using Canon gear. Perhaps only 10-15% were Nikon shooters, and still relatively few Sony (mirrorless) gear around. Sometimes the latest market numbers (showing significant market decline for Canon and Nikon especially in DSLRs) do not fully reflect ‘what’s on the ground’… 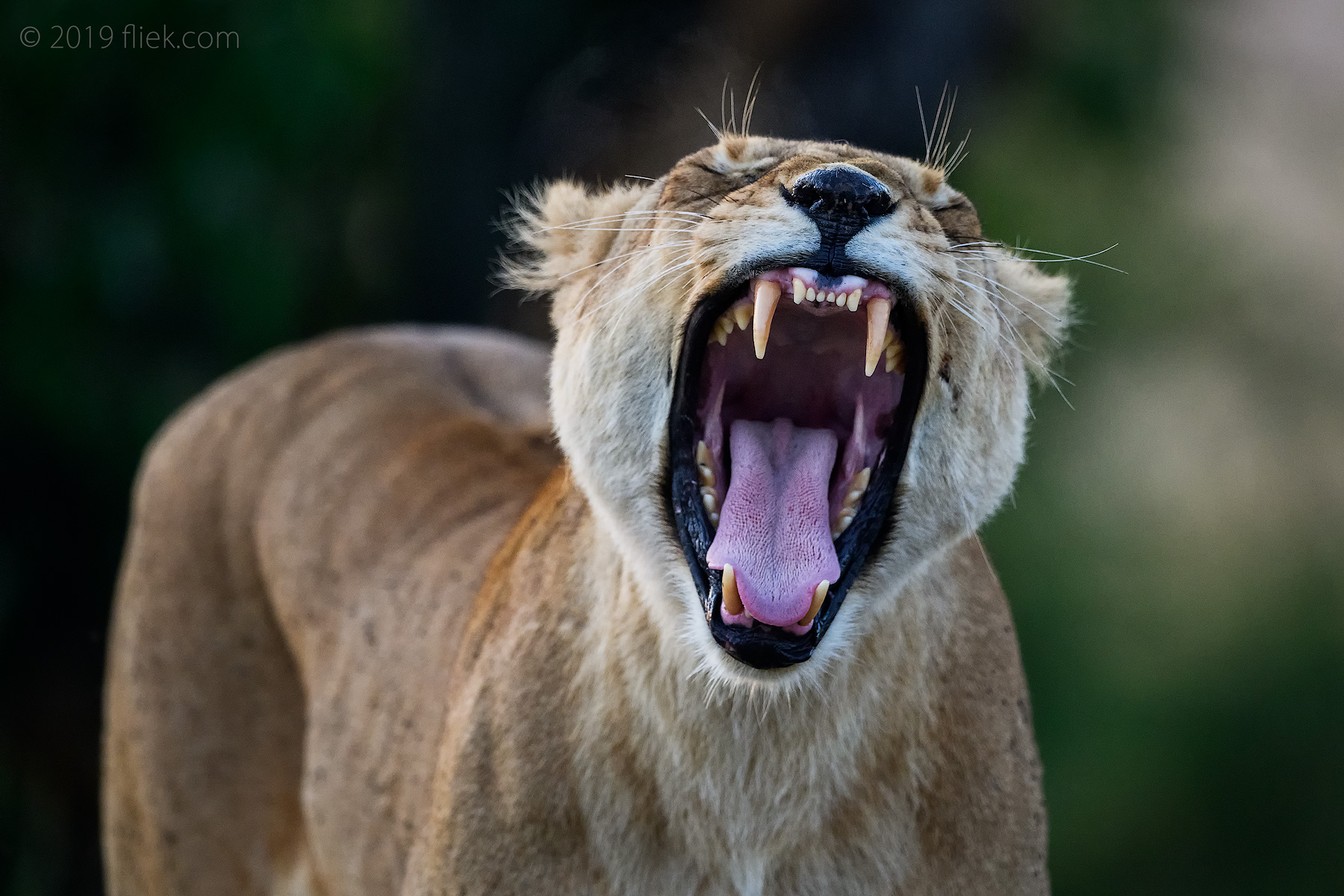 The other thing that struck me, was the way most of the photographers were shooting. It’s one thing to be able to buy (or rent) that expensive camera and lens, but it’s quite another to understand how to use it (technically), and to achieve that desired outcome (artistically). Which is yet another reason why I decided to go back to the Mara later this year with a small group of photography enthusiasts and share some experiences and best/personal photography practices. For that, just drop me a note at: enquiry@fliek.com and I will let you know about availability.

This section on lions of my series of the Masai Mara will continue for a couple of weeks as I simply need to get through some of my best lion shots… as usual, the ones I hadn’t planned for came out best. Nature photography can be both a curse and a blessing, but always fascinating … stay tuned! 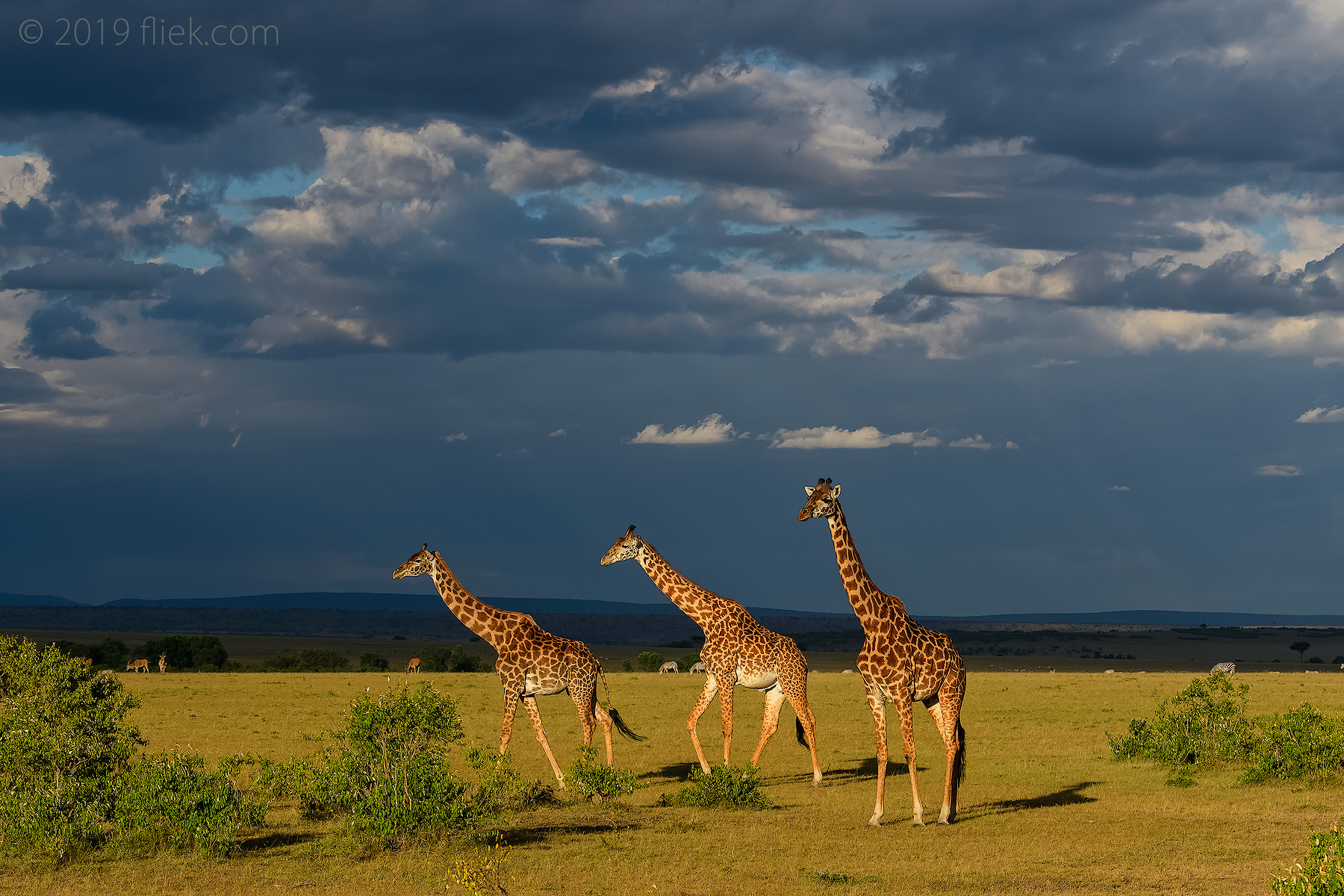 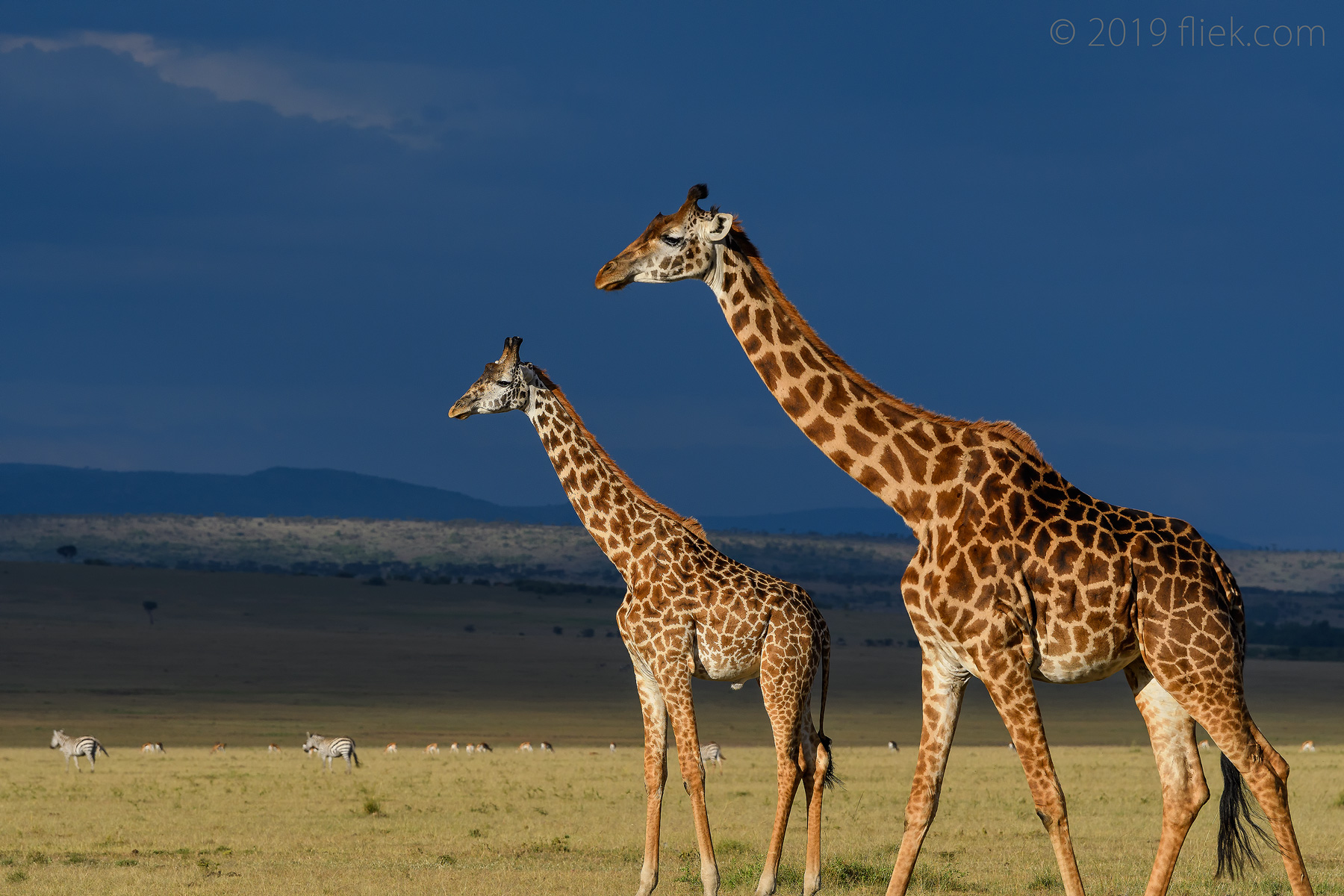 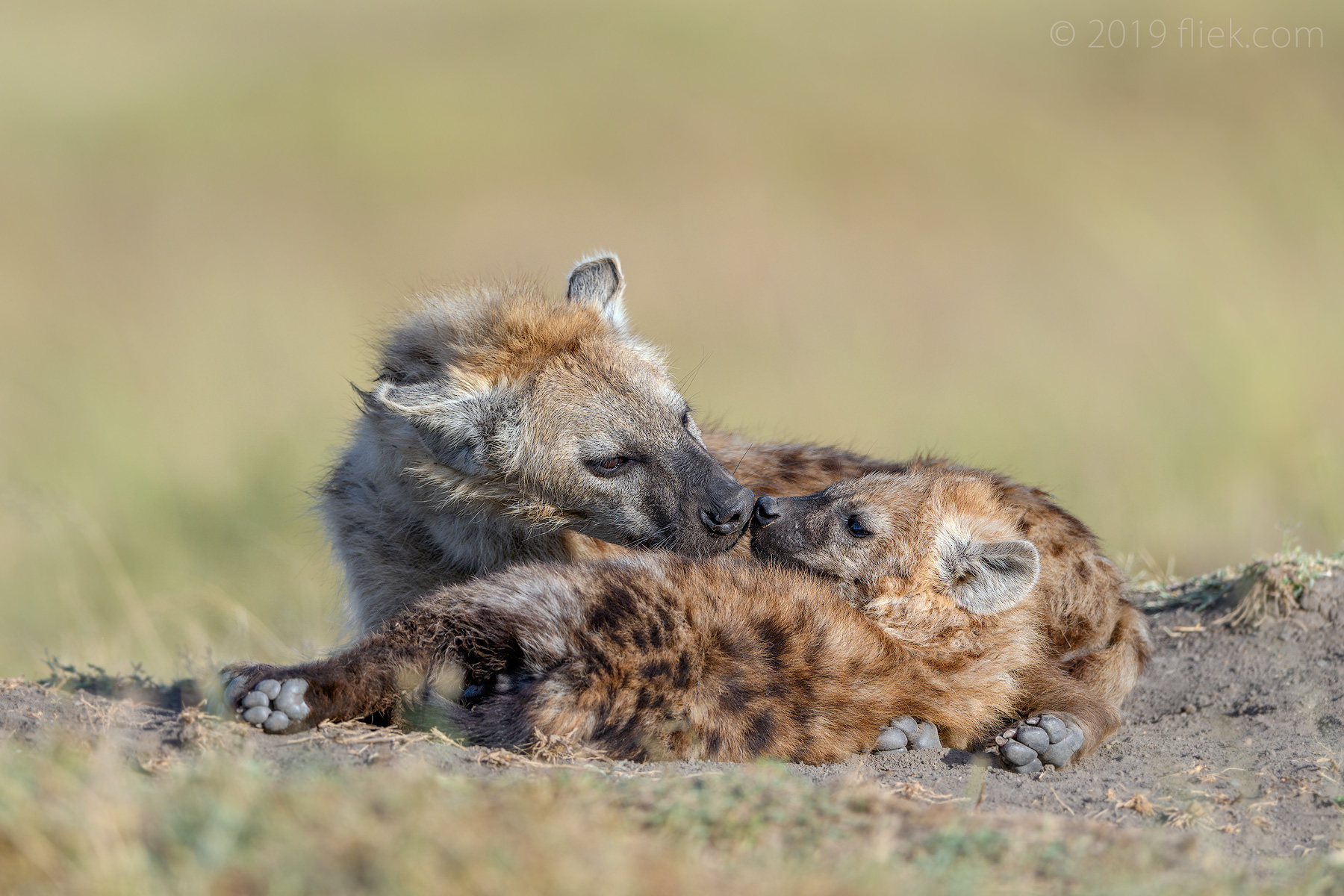