I know that I mentioned in my previous post The Myanmar Series are up next. Yet with a collection of hundreds (& hundreds) of images I gathered over the past years I guess I’m tempted every now and then to post any of those images that just draw my attention.

The image below is from the same series as the one you can see on my home page. This was a female bear (I think…) trying to catch fish while we were shooting. It’s probably just my imagination, but I recall a few occasions during the entire trip where a bear would slowly approach me, and at the last moment would back off and go back to its business; e.g. fishing or fighting with other bears. 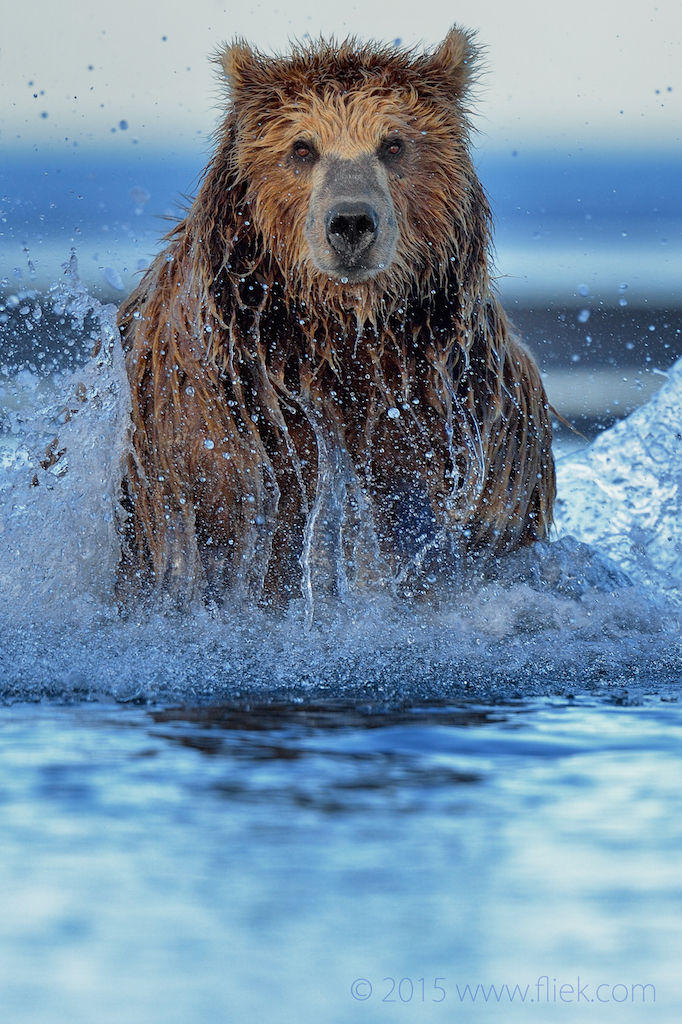 The experience of a bear approaching you and looking straight at you after a missed catch (like this one) from just a couple of meters distance is something that’s really hard to describe. You feel there’s some form of communication being set up, but the semantics are not really getting through… The impression I got from this bad boy/girl was something like “Just look at this… all this effort and look what happened! Life isn’t fair…sniff”. On the other hand (s)he might have thought: “I think this was all your fault, and now I’ll show you an angry bear!”. 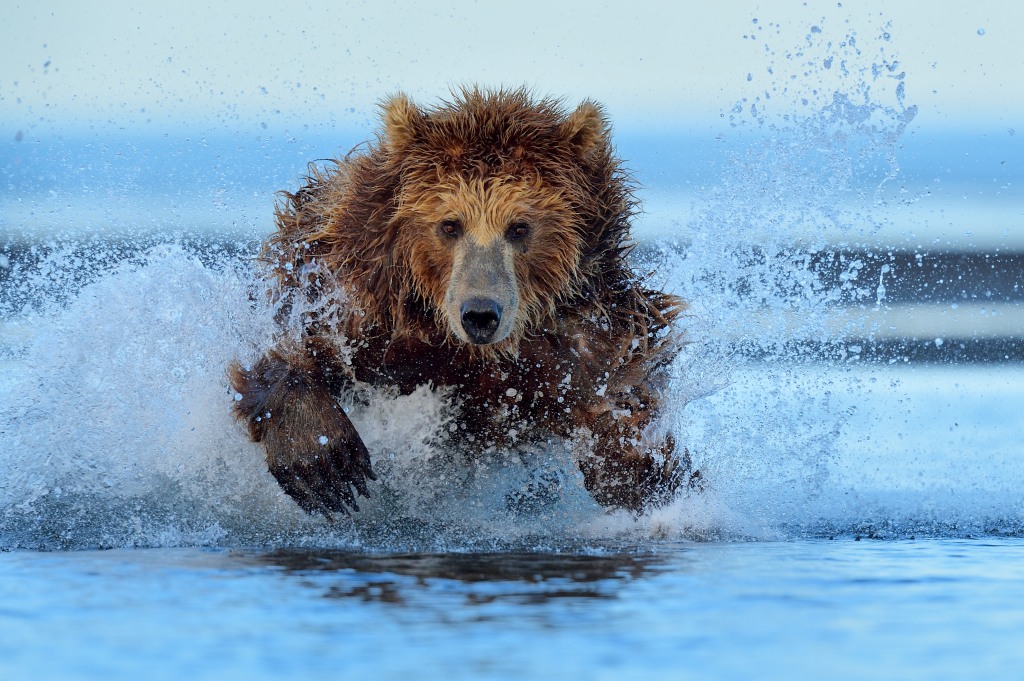